"Upon entering the polling location, voters will see that all poll workers are implementing these preventive measures themselves. They are all wearing masks, face shields and gloves, and they consistently disinfect and sanitize the voting areas. Voters are asked to place their form of identification in a plastic bin, so that the poll worker can verify the voter’s identity. Voters are then instructed to sign a combination form with a sterilized pen and are given an access code that is entered into the voting machine. Once at the voting machine, the voter is given a disposable stylus device that is used for marking their ballot selection. After completing their ballot selection, the voter will be instructed to discard the stylus device in the trash. This will conclude the voting process with limited physical interaction with the poll worker and the voting machine." 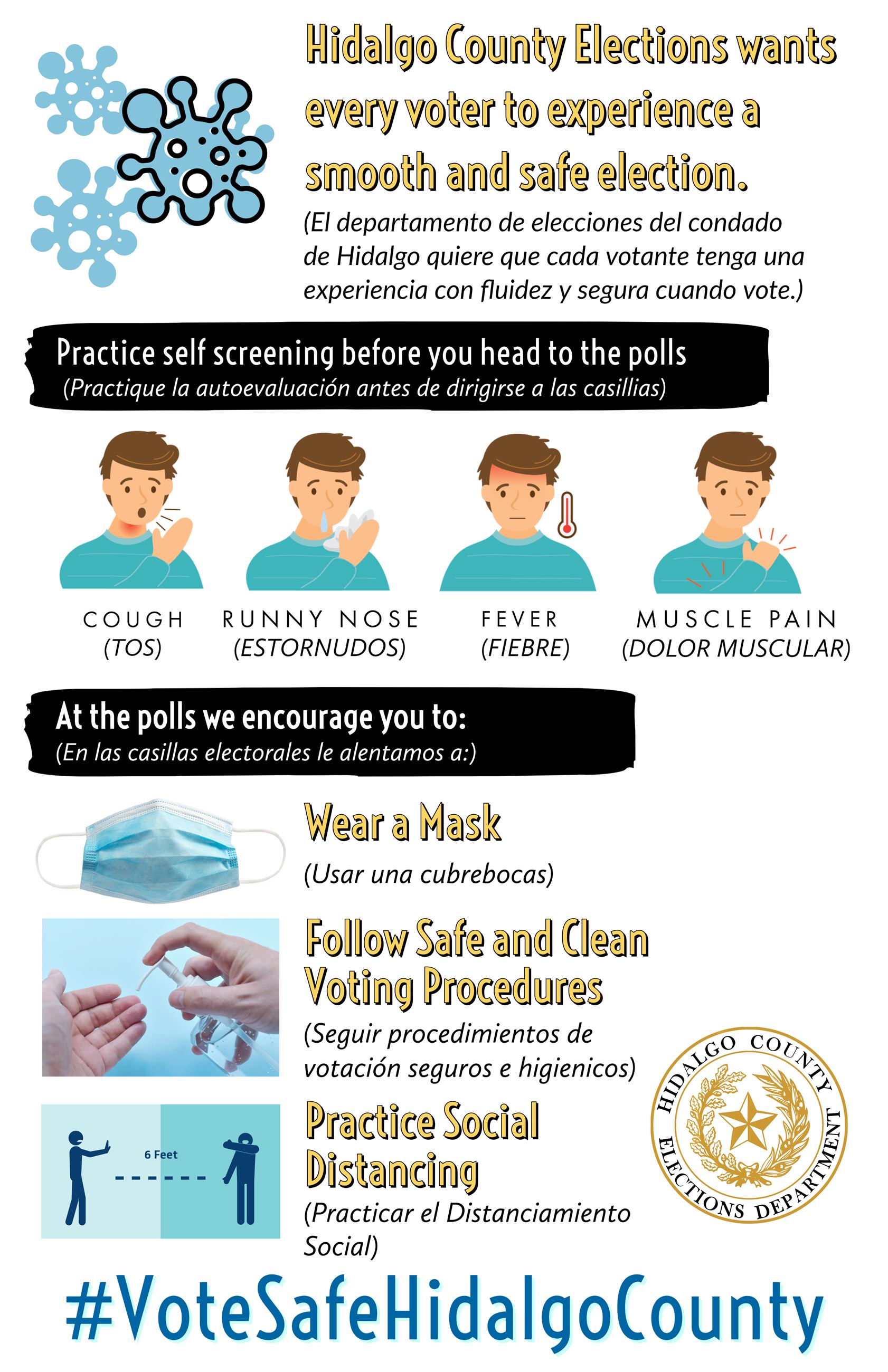